Southwest Africa was a German Colony from 1884 to 1915.  The legacy of that experience – including one of the 20th century’s earliest genocides – is deeply felt in today’s Independent Namibia, where colonial monuments are coming down and where only this May, Germany formally acknowledged this colonial-era genocide and has pledged 1 billion Euro in economic investment as recompense.  Direct reparations are still being sought by descendants of the victims of a German military policy of annihilation during the 1904-1908 Herero and Namaqua wars.  Tim Abbott, who lived and worked in Namibia for several years in the 1990s and has studied this period of German Imperial rule and its aftermath, will discuss how the Herero and Namaqua peoples fought the German Schutztruppe or colonial protection force and how they endured, despite starvation, concentration camps, and the loss of an estimated 70% of their numbers in a war of annihilation.  Current events surrounding these questions in modern Namibia today are relevant to how we in America grapple with the legacy of indigenous dispossession, slavery and segregation in our own country, and the symbols of those injustices that remain in many of our communities and institutions.

Presenter Bio: Tim Abbott lived and worked in newly independent Namibia during 1991, 1992 and 1997.  That nation had just emerged from a 23-year-armed struggle against Apartheid-era South Africa, but its older colonial past as German Southwest Africa (1884-1915) left its own indelible marks. During subsequent years of research, Tim has come to believe that a better understanding of German Imperialism in Southwest Africa not only helps explain decolonization efforts in modern Namibia, but also is relevant to how we in the United States grapple with collective memory, identity, and the artifacts of our own history of indigenous dispossession, slavery and racial segregation.  He lives in Canaan, CT.

This program will be presented over Zoom, please register to receive the link. When you register you will receive a confirmation email. An email containing the Zoom link will be sent out within 24 hours of the program.

Register for this event

Registration is encouraged. It helps us to know how many to expect and keeps our staff prepared. We also invite you to join our email newsletter to be alerted to future events. 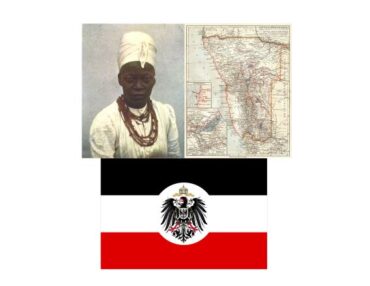 This event is available online